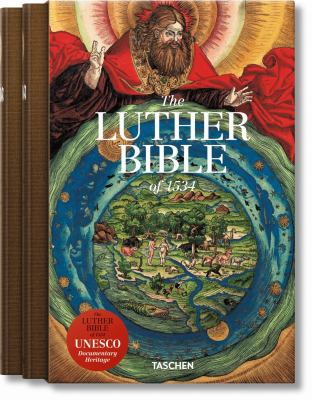 The Luther Bible of 1534 by TASCHEN
ISBN: 9783836538305
Requested by Peter Escalante.
Bible stories: Martin Luther’s revolutionary publication. Martin Luther’s Bible, first printed in 1534, was not only a milestone for the printing press, but also a momentous event in world history. A UNESCO world heritage masterpiece, Luther’s translation from Hebrew and ancient Greek into German made the Bible accessible to laypeople for the first time and gave printed reference to a whole new branch of Christian faith: Protestantism.In this meticulous two-volume reprint, TASCHEN presents both the Old and New Testaments of Luther’s landmark publication. Based on a precious copy of the original and printed in color, it reveals the multilayered splendor of this bible, showcasing the meticulous script, elaborate initials, and exquisite color woodcuts from the workshop of Lucas Cranach.Stephan Füssel, director of the Institute for Book Sciences at the Johannes Gutenberg University in Mainz, adds his expertise to the publication with detailed descriptions of the illustrations, as well as an introduction exploring Luther’s life and the seismic significance of his bible. 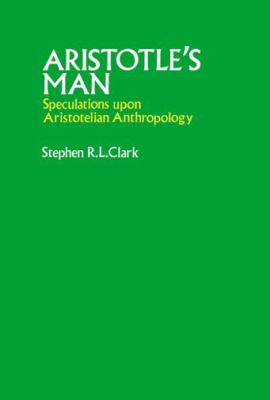 Aristotle's Man by Stephen R. L. Clark
ISBN: 0198245165
Requested by Jonathan McIntosh.
Words have determinable sense only within a complex of unstated assumptions, and all interpretation must therefore go beyond the given material. This book addresses what is man's place in the Aristotelian world. It also describes man's abilities and prospects in managing his life, and considers how far Aristotle's treatment of time and history licenses the sort of dynamic interpretation of his doctrines that have been given. The ontological model that explains much of Aristotle's conclusions and methods is one of life-worlds, in which the material universe of scientific myth is no more than an abstraction from lived reality, not its transcendent ground.

Branta and the Golden Stone by Walter Wangerin; Deborah Healey (Illustrator)
ISBN: 9780671796938
Selected by Helen Howell.
Alone on an island at the top of the world, Branta uses a magic golden stone to save a family of geese from freezing to death. 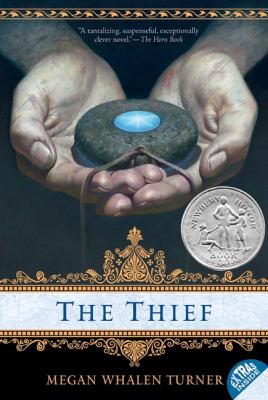 The Thief by Megan Whalen Turner
ISBN: 9780060824976
Selected Helen Howell.
Discover the world of the Queen’s Thief. New York Times-bestselling author Megan Whalen Turner’s entrancing and award-winning Queen’s Thief novels bring to life the world of the epics and feature one of the most charismatic and incorrigible characters of fiction, Eugenides the thief. Megan Whalen Turner’s Queen’s Thief novels are rich with political machinations and intrigue, battles lost and won, dangerous journeys, divine intervention, power, passion, revenge, and deception. Perfect for fans of Leigh Bardugo, Marie Lu, Patrick Rothfuss, and George R. R. Martin.Eugenides, the queen’s thief, can steal anything—or so he says. When his boasting lands him in prison and the king’s magus invites him on a quest to steal a legendary object, he’s in no position to refuse. The magus thinks he has the right tool for the job, but Gen has plans of his own. The Queen’s Thief novels have been praised by writers, critics, reviewers, and fans, and have been honored with glowing reviews, “best of” citations, and numerous awards, including the Los Angeles Times Book Prize, a Newbery Honor, the Andre Norton Award shortlist, and the Mythopoeic Fantasy Award. Discover and rediscover the stand-alone companions, The Queen of Attolia, The King of Attolia, and A Conspiracy of Kings, all epic novels set in the world of the Queen’s Thief. 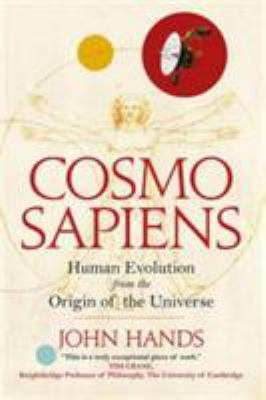 Cosmosapiens by John Hands
ISBN: 9780715651216
Requested Peter Escalante.
The book that transforms our understanding of what we are and where we came from.Specialist scientific fields are developing at incredibly swift speeds, but what can they really tell us about how the universe began and how we humans evolved to play such a dominant role on Earth? John Hands' extraordinarily ambitious quest is to bring together this scientific knowledge and evaluate without bias or preconception all the theories and evidence about the origin and evolution of matter, life, consciousness, and humankind.This astonishing book provides the most comprehensive account yet of current ideas such as cosmic inflation, dark energy, the selfish gene, and neurogenetic determinism. In the clearest possible prose it differentiates the firmly established from the speculative and examines the claims of various fields such as string theory to approach a unified theory of everything. In doing so it challenges the orthodox consensus in those branches of cosmology, biology, and neuroscience that have ossified into dogma.Its striking analysis reveals underlying patterns of cooperation, complexification, and convergence that lead to the unique emergence in humans of a self-reflective consciousness that enables us to determine our future evolution.This groundbreaking book is destined to become a classic of scientific thinking. 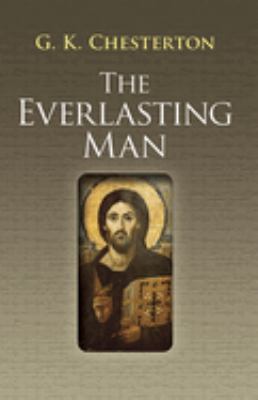 The Everlasting Man by G. K. Chesterton
ISBN: 9780486460369
Selected by Helen Howell.
This classic exploration of human history vis-à-vis its link to Christianity ponders the question: What makes human beings uniquely human? In this thoughtful response to the rampant social Darwinism of the early twentieth century, G. K. Chesterton explains how religion — a blend of philosophy and mythology — satisfies both the human intellect and the spirit, and sets man starkly apart from any other living creature.Written in 1925, this enduring polemic still strikes a modern chord. Addressing evolution, feminism, and cultural relativism within the context of religion, the book also examines religious skepticism. How does one sustain belief in Jesus Christ — and the Church — when, throughout history, the key to religious truth has been constantly reshaped? According to Chesterton, the shape of the key is not important. What matters is that it fits the lock and opens the door. An emphatic affirmation of Christian faith, The Everlasting Man is leavened with the author's characteristic wit and wisdom, and appeals to the mind as well as the heart.