Most know Theodore Beza as Calvin's spiritual successor in Geneva. He was, in fact, that. But Beza was also a poet. So poetic was he, that collections of his poems have survived, one of which has fallen into the hands of Tyndale Library itself. This little book, titled Poemata Varia (Various Poems), is housed in the display case just outside the door to the Commons. 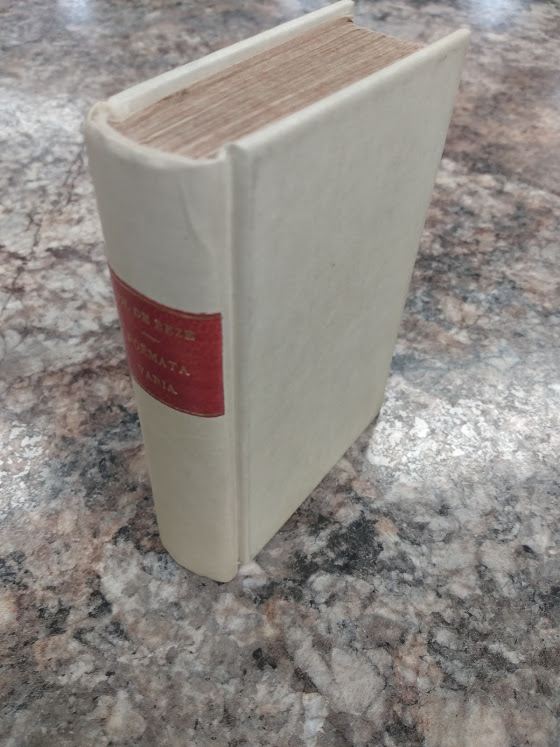 Published in 1614 by Jacob Stoer, this collection consists of ten main sections:

A NOTE ON THE "SYLVAE"

"The silva is a 'collection' genre, a miscellaneous poetic form of classical origin which enjoyed a great vogue in the Renaissance and early eighteenth century. The best-known practitioner of the form in ancient times was the Roman poet Statius, who produced a collection of thirty-two occasional poems entitled Silvae. The Latin word silva literally means 'wood' or 'forest,' but its use as a literary term plays on several metaphorical meanings the word acquired over time, especially 'pieces of raw material' and 'material for construction.'" (1)

The reason it was called "raw material" goes back to the method in which these verses were composed; the verses of a silva were drafted rapidly in a burst of inspiration, to be revised and corrected later. (2)

The emblemata section contains a series of woodcut prints, under which Beza has written accompanying verses. A few of these intriguing entries are shown below: 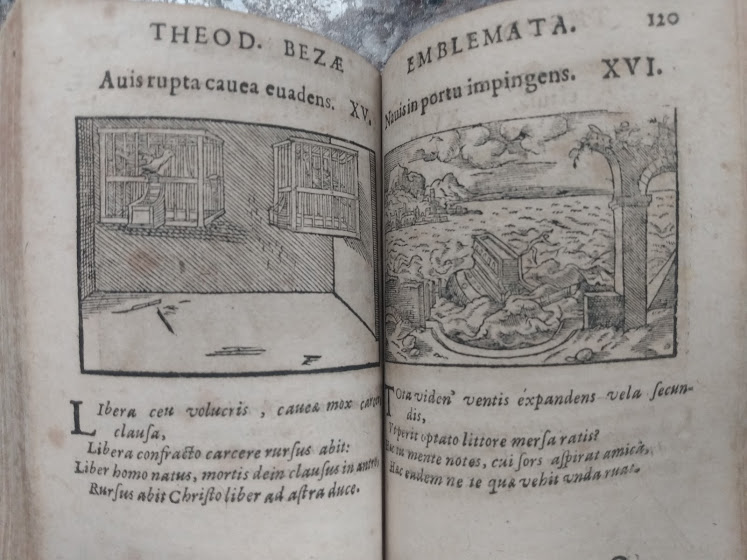 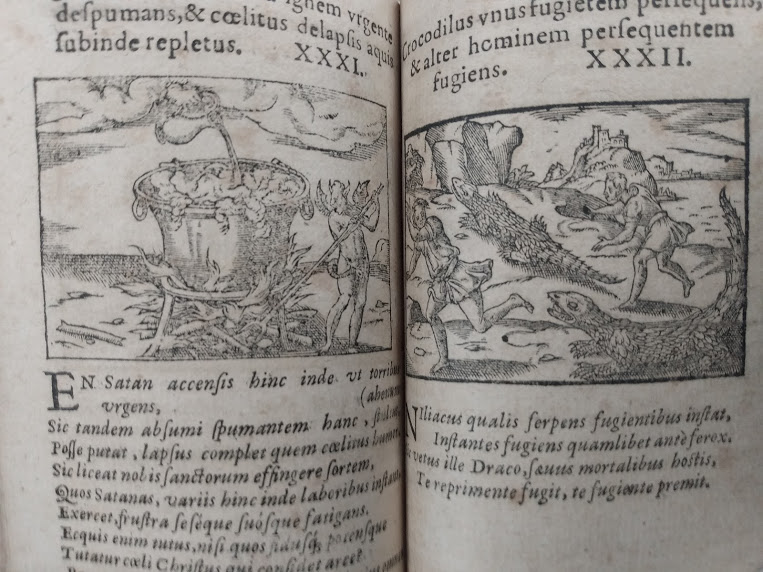 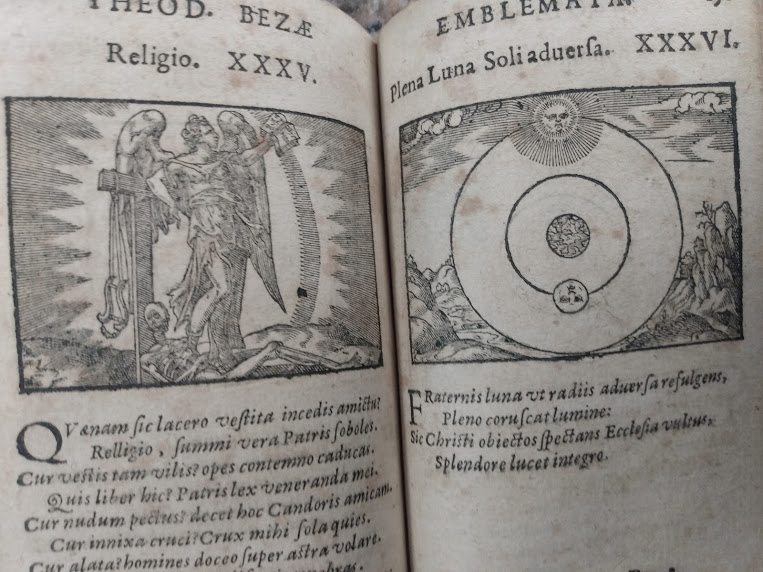 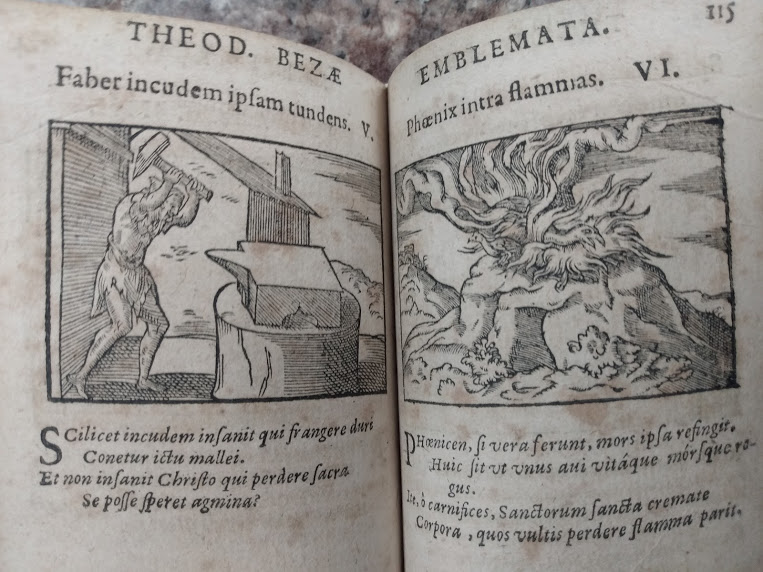 Beza's epigrams make up about a third of this collection. The subject of one such epigram is the illustrious Pythagoras (p. 118, in the icones section):

Although Poemata Varia is not available for checkout, feel free to gaze at it wistfully through the glass. If you are a student and would like to access this or any other archived resource, talk to Head Librarian Caleb Harris.

1. Frans De Bruyn, "The Classical Silva and the Generic Development of Scientific Writing in Seventeenth-Century England," New Literary History 32, no. 2 (2001), 347.

2. Ibid., 359-60; Quintilian describes the silvae in this way. He was, apparently, not a fan of this method of composition.

3. My own translation. As I am not a reformational Latin scholar, feel free to dispute it in the comments.